How do you know who to trust?

“Don’t believe everything you see on the internet” is a warning we know all too well. Nowadays news and information can be shared throughout the world at ridiculous speed, often without fact-checking and substantiation. But when President Trump recently drew attention to the possibility of ‘fake news’ being part of world-wide mainstream media, it reminded us to wonder how much we should trust what we are told.

Some countries have recently launched enquiries and implemented laws to try and combat the dangers created by the spread of fake news.

While these laws remain controversial (what was that about freedom of speech again?), there is certainly no argument that carefully positioned false information can be used across the world to affect political parties, influence election results, and cause societal conflict.

And it’s not just the constantly updated news sites that matter. Twitter, Instagram, WhatsApp, and Facebook are all perfect media in which to spread fake news. Not only are ‘publishers on the Internet less accountable than print media’, the speed in which information (true or false) is shared can give it an uncontrollable life of its own. 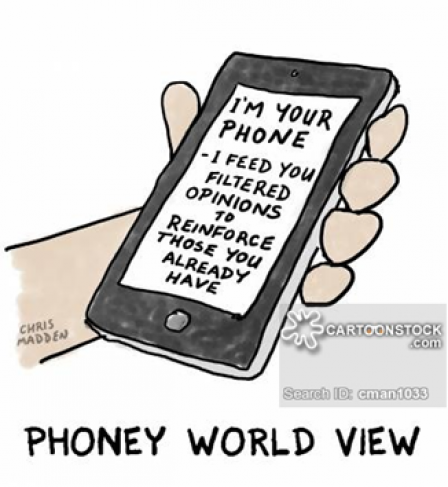 Fake news is usually created with the intent to mislead, influence, damage or discredit. It is presented as being factually accurate although it has little or no basis in fact. Headlines are sensationalised to capture attention; social media ‘clickbait’ stories rely on this method to attract readership and earn advertising revenue.

Whether or not news is ‘wrong’ is usually based on an individual’s perception and their interpretation of the events at the time. When the truth is revealed, it can be quite frightening, or utterly laughable, how incorrect information can spread and influence others. In the world of finance, this can be quite common.

Take Jim Cramer, the former host of CNBC’s Mad Money. On March 11 2008, a viewer asked for advice about whether they should sell their shares in the company Bear Stearns. In his own indomitable way, Cramer informed the viewer not to sell, repeating ‘Bear Stearns is not in trouble. Don’t be silly.’

Three days later Bear Stearns stock fell by 92% and the company experienced a $2 per share takeover by JP Morgan.

Cramer got it spectacularly wrong. Not only did it make a lot of people angry, it also shook the viewers’ trust in Mad Money’s commentary and created widespread insecurity about the role of the media reporting about financial matters.

Recently, when checking overnight events for financial news relevant to our clients, I found two opposing headlines. Both reported the same event at the same time, between 6:00am and 6:50am on May 16th, but they depicted two contradictory views. 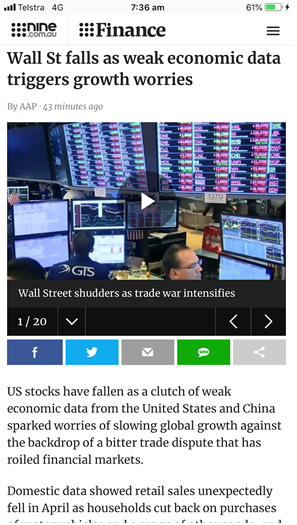 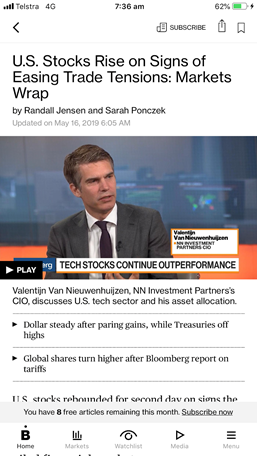 How can this be?

Well, while the first article was updated at 6:50am, towards the bottom of the article it shows that they initially reported this information for their headline news at 9:49am (New York time). A full seven hours before the final update! So rather than being fake news, it was old news that turned out to be incorrect.

Perception vs Reality in financial reporting

Financial reporting in the media can tend to be tailored to what is perceived as easy for the audience to understand, rather than providing the correct information.

News updates state ‘Markets went down overnight because of this reason…. or that reason…’. Really? How do they know? Have they surveyed every buyer or seller on that day to establish this as fact?

Considering that High Frequency Trading boosted trades to 2,000,000 quotes per second by 2013, it’s hard to see how commentators can consistently maintain a full handle on the complete trading picture as it is occurs each day.

It’s not only the pundits’ commentary on market events that can be suspect, it’s also the topics they report on and their basis for information. Most media outlets report daily on the movement of the Dow Jones Index. But did you realise that this index only relates to 30 companies? How can that possibly provide an accurate gauge of the movements of the US markets, when there are over 3,000 listed companies in the US?

Alan Kohler’s nightly ABC reports don’t specifically mention the Dow Jones as he prefers to use the term ‘US markets’. While I disagree strongly with the accuracy of his opinion pieces in other news outlets, I do believe that using US markets is more appropriate in this context than using a very limited index like the Dow Jones.

How do we know what to believe?

The knack to managing this information overload is to filter and apply it to your individual circumstances. It’s a good idea to read the same story from different media companies (i.e. News Corp Vs Fairfax), then draw your conclusions from the middle ground. And don’t just read the headlines, there’s usually a lot more to the story than an attention- seeking title indicates.

Be careful of jumping to conclusions and taking media reports at face value. Investigate, consider different opinions and always access news items from multiple sources. And, if you’re concerned, we’re always happy to have a chat. 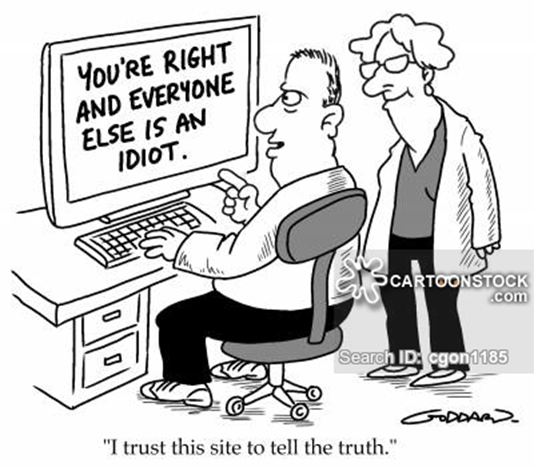