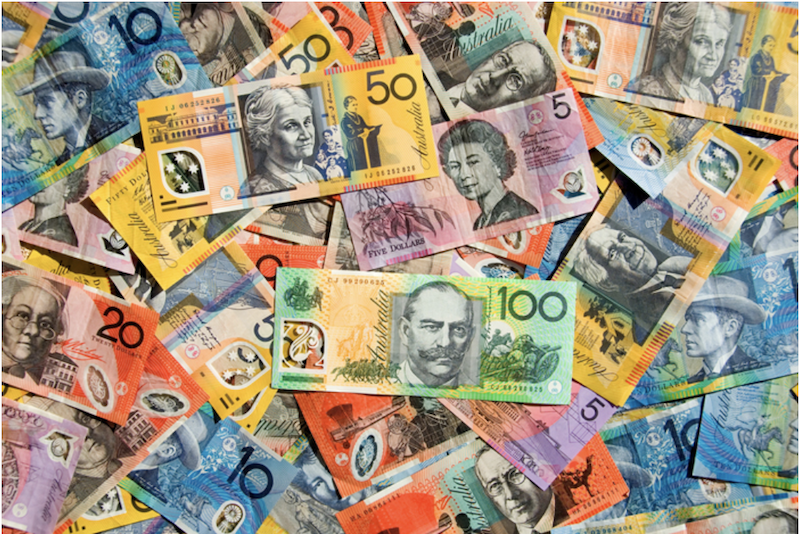 The COVID pandemic has no doubt brought about some interesting insights into human behaviours.

But as people started to hoard toilet paper and governments began to urge physical distancing and implement the first lockdowns, the demand for cash began to edge up in mid-March last year.

“Demand for banknotes was extraordinarily high over 2020, despite a sharp decline in the use of cash in day-to-day transactions,” the RBA said in its March 2021 bulletin.

As interest rates declined as part of the monetary response to the COVID-19 crisis, there is a legitimate question about the need to have money in the bank account to receive such a meager amount of interest. Now given the extent of lockdowns across the country, the support and lower interest rates are likely to be in place for longer.

But as Australians have demanded more physical cash, the share of retail sales conducted online has sharply increased from an average of 6½ per cent in the second half of 2019, to an average of 10 per cent since March 2020.

As many may have noticed, vendors were requesting cashless payments to help stop the potential spread of the virus:

Is this the end of cash? - News.com.au

In response to this significant change, the largest cash transit provider in Australia, Linfox Armaguard, has suggested the market is no longer large enough to support the two major players in the cash transport market.

If the use of cash continues its declining trend over the next few years, it’s not just those driving the Armaguard vans that may find life difficult.

There has been calls for the phasing out of the large, denominated notes like the $50 notes (or Pineapples) and the $100 notes (or Kermits) for several years. Leading economists from UNSW have suggested that it would be a great way to boost revenue:

Whilst getting rid of those notes may seem like an impossible task, it’s not like it hasn’t been done in other countries and fairly recently. The Indian Government abruptly announced in November 2016 it was withdrawing its two biggest denominations in order to deal with the black economy and starve criminals and tax evaders of funds.

It caused a lot of disruption at the time, however with Australians adopting cashless payments, it might not be so hard for Australians to do without their Pineapples or Kermits.

But you might say, well I’m not a crook so I should be ok.

Well, if you are one of those hoarding cash, it might be worth noting that a controversial law was brought to Parliament last year that would have banned cash payments over $10,000.

The punishment proposed to be imposed was a two-year jail sentence on people evading the ban, had only late last year been rejected in the Senate.

But even without the Legislation passing, companies like Woolworths have been trialing cashless supermarkets in a few of their metro stores where cash payments were already in decline.

There is no doubt that COVID has accelerated many trends, however it could be that those who are left hoarding Cash may have to consider how they bring that cash pile back into the financial system and, will there be many questions about the source of those funds?