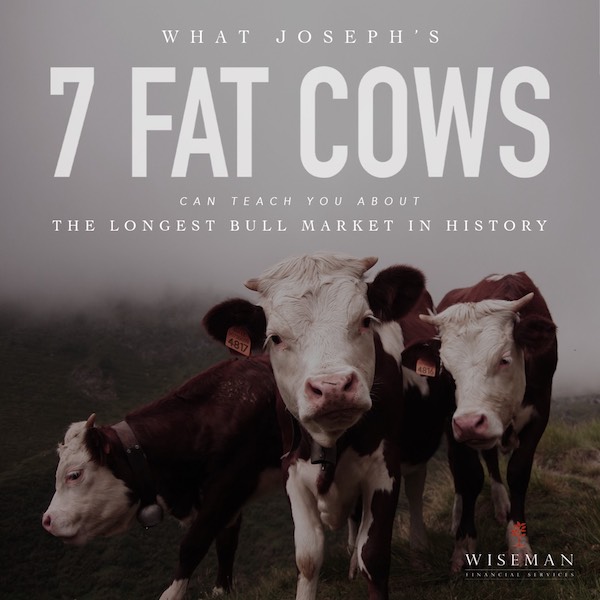 What Joseph's Seven Fat Cows can teach you about the longest Bull Market in history.

Wiseman Financial Services has been operating in the Illawarra region since the early 1980's.
While thirty-plus years is a long time, we are far from the first financial adviser to exist.

That particular honor goes to Joseph, son of Jacob.

The Biblical guy who wore the coat of many colours. The real Joseph, not Jason Donovan. 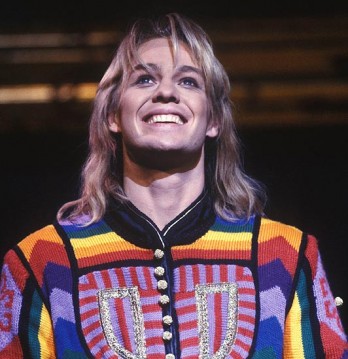 Back in Joseph's day, the mighty Egyptian Pharaoh's assets were his land and agricultural crops.

Joseph, a slave with proven prophetic abilities, determined that the Pharaoh's bad dreams

were warning him about an impending famine across his lands.

"Well I was wondering along by the banks of the river when seven fat cows came out of the Nile,

And right behind them fine healthy animals came seven other cows, skinny and vile.

Well the thin cows ate the fat cows which I thought would do them good,

But it didn't make them fatter like I thought a monster supper should.

Because the thin ones were as thin as they had ever, ever been,

This dream has got me baffled, hey Joseph, tell me what it means."

Although Egypt was currently prosperous, enjoying 'seven years of feast', Joseph could see

what was ahead and encouraged the Pharaoh to prepare for a future of strife and difficulty.

Luckily, Pharaoh believed Joseph's interpretation of his dreams and employed him to plan

and prepare for the looming famine. As a result, Egypt survived the downturn while other

countries starved, and Joseph became a valuable asset to the royal family and Egypt as a whole.

Essentially, forward-thinking Joseph devised and implemented a strategy to deal with the

changing economic fortunes of Egypt. Today, we are currently experiencing the longest bull

market in history - our equivalent years of fat cows and healthy corn. Since 2009, stock market prices

have risen and the number of companies entering the market has increased;

this is a period filled with investor confidence and consumer optimism.

But what comes next?

When Egypt's famine began, the full benefit of Joseph's strategy was realised.

could continue to feed his people. Historically, bull markets are always followed by bear

markets, which are recognized by a fall of share market prices, economic contraction,

and a lack of confidence amongst investors. This leads to leaner times when we are more

So, how do we prepare for skinny cows and times of struggle?

Maybe Joseph was a prophetic soul who could interpret dreams.... Or he may have simply

growing up in Canaan with his many brothers.

Let's face it, he must have been pretty annoying for them to sell him off when they got the opportunity!

While we're not prophets, we have been around a fair while now, and history shows us that

the current bull market will end by cycling into a future bear market. We, like Joseph, can

help you use the years of fat cows to prepare for the future years of skinny cows.

By making educated choices, you can work to protect yourself and your investments as this shift

occurs. At Wiseman, we are here to talk through your options and help you plan for your

future - and we promise we won't sing!