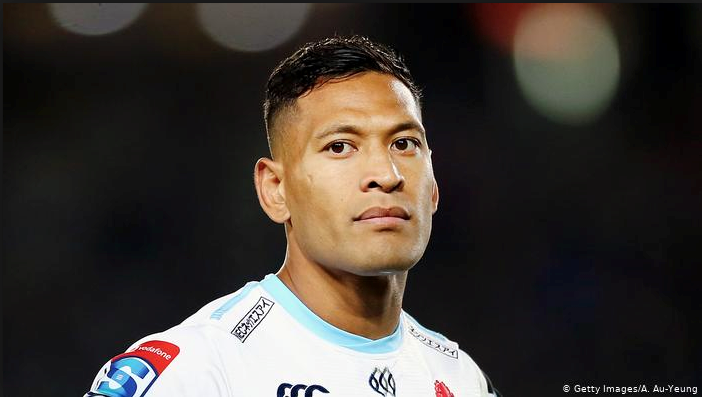 Don't expect crowdfunding to support you in times of financial crisis.

Israel Folau made worldwide headlines with his recent GoFundMe campaign to help support his legal fight against Rugby Australia. While his initial appeal was dropped by GoFundMe, who cited a violation of its terms of service, it was when the Australian Christian Lobby opened a support campaign for Folau that the fun really started. Receiving donations ‘at a rate of almost $1,000 per minute’ it passed the $1 million mark in its first 24 hours, sparking political and social debate and outrage.

Crowdfunding has been around for some time, with thousands of fundraising campaigns launched daily. Initially seen as a stream to raise money for inventions and ideas, it has provided the original finance for all sorts of things from multi-billion dollar business ideas to medical devices to bee hives!

2018 even saw cult-favourite movie Super Troopers resuscitated by fans who responded to a crowdfunding campaign started by director and actor, Jay Chandrasekhar. This highly successful crusade provided much needed cash - $4.6 million (USD) donated by 54,000 people - to produce the sequel, Super Troopers 2, which hit the box office 17 years after the original was released. With equity crowdfunding legalised in April 2012, it has developed to encompass many social and political issues during the past few years.

But, interestingly, the furore that surrounds Folau’s and the ACL’s funding bid has triggered questions regarding a review of crowdfunding monitoring and legislation. Having become an increasingly commonplace and lucrative way to quickly raise money for a wide variety of reasons, social media and legal experts are suggesting that it’s time for better ethical guidance and rules to come into play.

The necessity for this can also be seen in the current arguments surrounding Australian neurosurgeon Charlie Teo and the upsurge of crowdfunding campaigns to pay for life-saving surgery.

It’s hard to scroll through social media with coming across people looking for financial support to deal with the financial and emotional results of tragic life events.

In times of financial crisis, should we rely on other sources to bail us out?

New research from Integrity Life Insurance indicates that ‘the failure of people to take out adequate life, income protection and TPD insurance is driving a boom in online crowdfunding websites’. And us Aussies aren’t heartless people. In a recent nationwide survey of 1000 people.

o More than one in five had donated to a fundraising campaign to help others unable to meet financial expenses after the death of a loved one.

o 24 percent had made a donation to a family to help with medical and living costs following a serious accident or illness.

o 35 percent respondents donated following the death, illness or accident of someone they may or may not know.

Fundraising is not a substitute for insurance

According to Integrity Life, ‘almost 11.5 million Australian adults are underinsured if their primary household earner loses either their life, or the ability to support their family.’

Should we really be relying on the kindness of strangers to help us out?

While some may argue that they will save money by not insuring against something they might never need, it’s a risky gamble to take. And it’s highly unlikely that anyone will actually save the dollars they would spend on insurance premiums, keeping them aside in case a significant, devastating event might happen.

Frighteningly, the figures speak for themselves. Integrity Life’s data reveals that GoFundMe campaigns raise an average of $4,578 for medical emergencies or those needing assistance after the death of a loved one. This includes asking for assistance with funeral expenses as well as meeting ongoing living costs.

But this is not enough.

Your ability to earn money is your greatest asset. Most people don’t think twice about insuring their car or their home, yet vital life, income protection and Total and Permanent Disability insurances are often ignored.

Speak to us. We’ll talk through your options, run the numbers and show you the maybe’s, the might’s and the what-if’s. It’s wise to protect yourselves and your families. And, in the event that something goes wrong, you’ll have a plan in place to get you through the tough times….. without resorting to the vagaries of online crowdfunding.