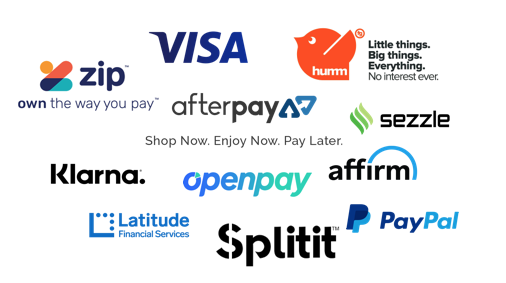 Remember the days of cheques and passbook accounts? Even cash is a questionably outdated payment system nowadays. Just like (and partly due to) the ever-changing world of technology, payment methods and habits vary greatly from generation to generation.

From cheque books to credit cards, signatures and PINs to the ease of today’s ‘Tap-and-Go’ culture, we find ourselves constantly adapting to the new kids on the block. Some older people find themselves understandably resistant to change, preferring to use the ‘old’ methods of payment - much to the chagrin of their now-adult children. But even this generation, the ones quick to ditch the passbook and embrace tap-and-go, are now looked upon by those just leaving school / uni or entering the workforce, as being way out of date.

Over the last few years we’ve seen an explosion in Buy Now Pay Later (BNPL) services. Afterpay, one of the first companies to offer this scheme, now has around 4.6 million users worldwide. 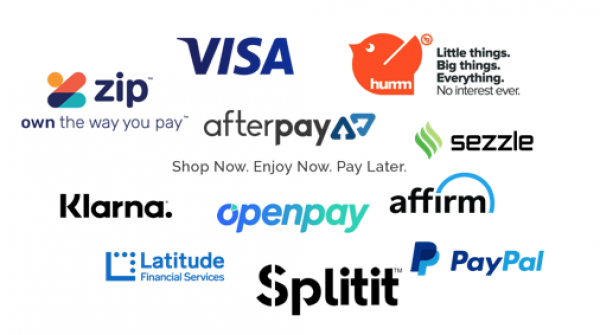 Buy Now Pay Later works almost like a reverse lay-by. Instead of making payments to eventually get the item you desire, you take the item home immediately and pay it off via regular scheduled payments. A growing trend, almost anything can be purchased via BNPL.

According to Kirsty Lamont, Director of Mozo.com.au ‘the ease and convenience of opting for bite size scheduled payments has certainly taken Australia by storm, but the pitfall is that it’s incredibly easy to bite off more than you can chew, and miss a payment.’

Missed payments incur a late fee rather than accrue interest. In this way, it is not currently classed as a credit scheme, but it can still lead to accumulation of debt if not handled properly. And while one, or two, Afterpay purchases may be manageable, problems can arise when people buy numerous items and are met with huge weekly or fortnightly expenses.

Interestingly, the article also states that ‘around 70 per cent of buy-now-pay-later clients are women.’ And, while Afterpay does have some safeguards and a ‘hardship policy’ in place, currently there is no required verification of income, credit check or assessment of the buyer’s capacity to repay which, again, can lead to issues if spending is not controlled.

According to the recent Mozo.com.au survey ‘nearly half of respondents said they’ve stopped using their credit card in favour of a BNPL service.’ Further to this ‘more than 25% of users are cancelling their credit card and a further 23% (are) saying they no longer use it.’

In Australia, our collective credit card debt has dropped as a nation by over 8% in the last year. Which makes a lot of sense, given that there is now an alternative to the whopping 20% interest rates being charged on credit cards from banks.

While it’s unlikely that credit or debit cards will become obsolete in the near future, there is no doubt that the introduction, and consumer welcome, of BNPL has affected their usage.

Like any form of debt, you have to be able to pay it back. Keeping a record of purchases, being careful not to overcommit, setting payment reminders and reading the fine print are the basics of responsible management of BNPL debt.

Interestingly, most BNPL services haven’t been classified as credit providers, but ‘scrutiny from ASIC and a Senate committee forced the sector to introduce a code of conduct to head off the prospect of tighter government regulation.’ Implemented in January this year, this ‘world first’ will work to ‘protect vulnerable customers and eliminate irresponsible (BNPL) practices.’

It’s also important to note that lack of payment and increasing BNPL debt can affect your future ability to obtain credit, particularly in regard to home loans. According to a warning from the Commonwealth Bank ‘some payment programs might report negative activity to credit reporting agencies’ and banks are hyper-aware of the amount of BNPL debt showing on bank statements used for mortgage assessment.

In reality, there are always stories about people going too far with any form of credit, and then struggling to make the repayments. But this may be more to do with psychological issues that we outlined in our previous blogs

Individual education, awareness and responsibility must be employed when it comes to managing your finances – and BNPL is certainly a viable option. It is very early days and there is likely to be more competition and regulation coming in that will change the way these services are used.

So, ultimately, it can make sense to ditch your credit card and use a BNPL service – if you use it properly. And don’t be too quick to dismiss the growth of these services as being a mistake that a whole generation of young people will eventually realise. As long as this does not interfere with your savings and investment goals, it may prove to be a valid way for you to manage your spending now and into the future.